Honorable Prime Minister Sheikh Hasina is relentlessly working to realize the Golden Bengal of Bangabandhu Sheikh Mujibur Rahman, the father of the nation's dream through her visionary Digital Bangladesh Movement. As part of this venture, Chandpur Science and Technology University has been established through the Act 16, 2020 with special emphasis on Science and Technology education to play its due role in the digitalization process. I am indeed grateful to the Chancellor of this University and His Excellency –Honorable President Md. Abdul Hamid and Bangabandhu Kanya- Sheikh Hasina, the Prime Minister of the nation for having appointed me as the first Vice Chancellor of this University. In this journey as the first Vice-Chancellor of the University, I along with my team members would love to take this new challenge and work hard to extend the scope of research by focusing on Science and Technology education. The university will be transformed into a world class institution in the arena of science and technology education by bridging the gap between the demands of educational institutions and that of the industries. Hence, it is imperative for the university to prepare its students in such a way that they will be able to use their intellect and strength to work together to build the happy, prosperous and self-reliant Bangladesh, the Golden Bengal of Bangabandhu Sheikh Mujibur Rahman's dream. Professor Dr. Md. Nasim Akhtar Vice Chancellor Chandpur Science and Technology University (CSTU) 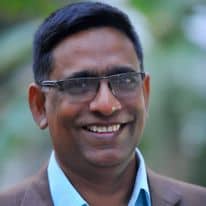